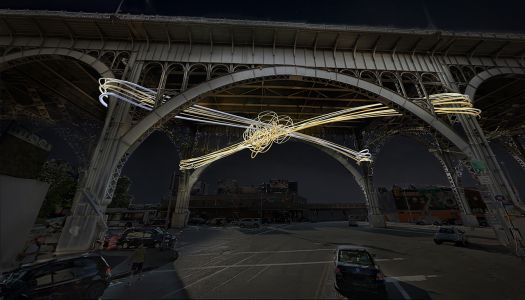 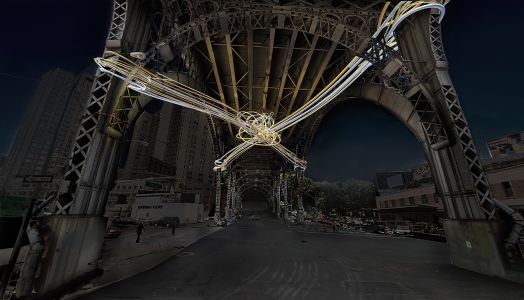 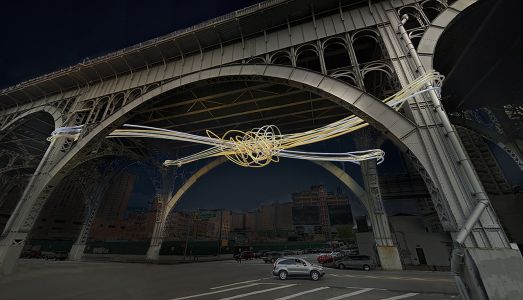 The New York City grid is structured and organized with each neighborhood having its own charm and identity. The segments are all connected to create the city we know and love. This piece was inspired by that interconnectivity. The piece will be titled ‘SIMUL’, which is Latin for togetherness. I aim to create a sense of togetherness in the wider NYC area, while simultaneously bringing together the locals in the neighborhood.

SIMUL is to be placed under the Harlem Viaduct and will play as a double metaphor. It’s connecting Harlem to the wider New York, as well as bringing together the local residents under the bridge. SIMUL intertwines with the bridge, and at the center is the meeting point of the tubing system, which can be called the nucleus of the piece. The center could be described as an intermingling of tubes, which is meant to represent how, although the people are all different, the city is one interconnected community. Everyone who lives in the city, even short time visitors, is a New Yorker.