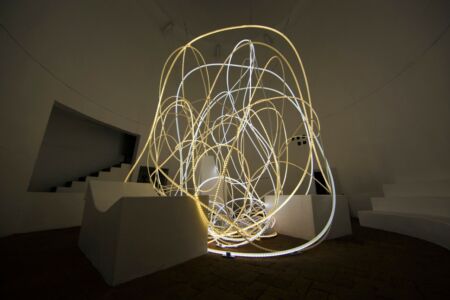 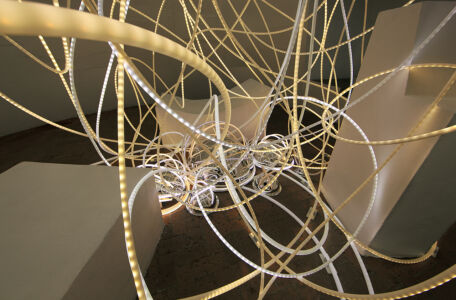 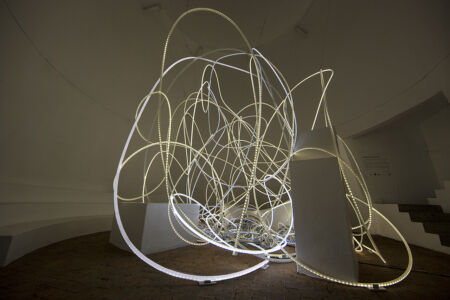 “By installing Huanchaco inside the Wind Tower, I established direct communication with the outside world in which we live. It’s full of activities that surround us at all times, for those of us who live in large cites, with Mexico City being one of the largest,” says Amorós. “Due to its circular shape, the Wind Tower allows the spectators who enter it to feel the space of light that Huanchaco creates, in honor of Fonseca. From the start, my goal was to give the spectator a new vision and way in which to experience the Wind Tower, where modern technology was used for us to reflect on our own tower.”

In Huanchaco, pipes containing white LED lights create an intricate network inside the immaculate white space, which functions as the “heart” of the tower. The sloping tower walls surround the sculpture, creating a sheltered atmosphere within the woven tubes of light. The lighted tubes themselves emanate from metal domes, creating an intensity of both white light and contrasting shadows, bouncing off the tilted tower walls. When a spectator stands in the midst of Huanchaco, he or she is transported into the “fabric” of the installation itself, and feels the intensity of the piece from its center.