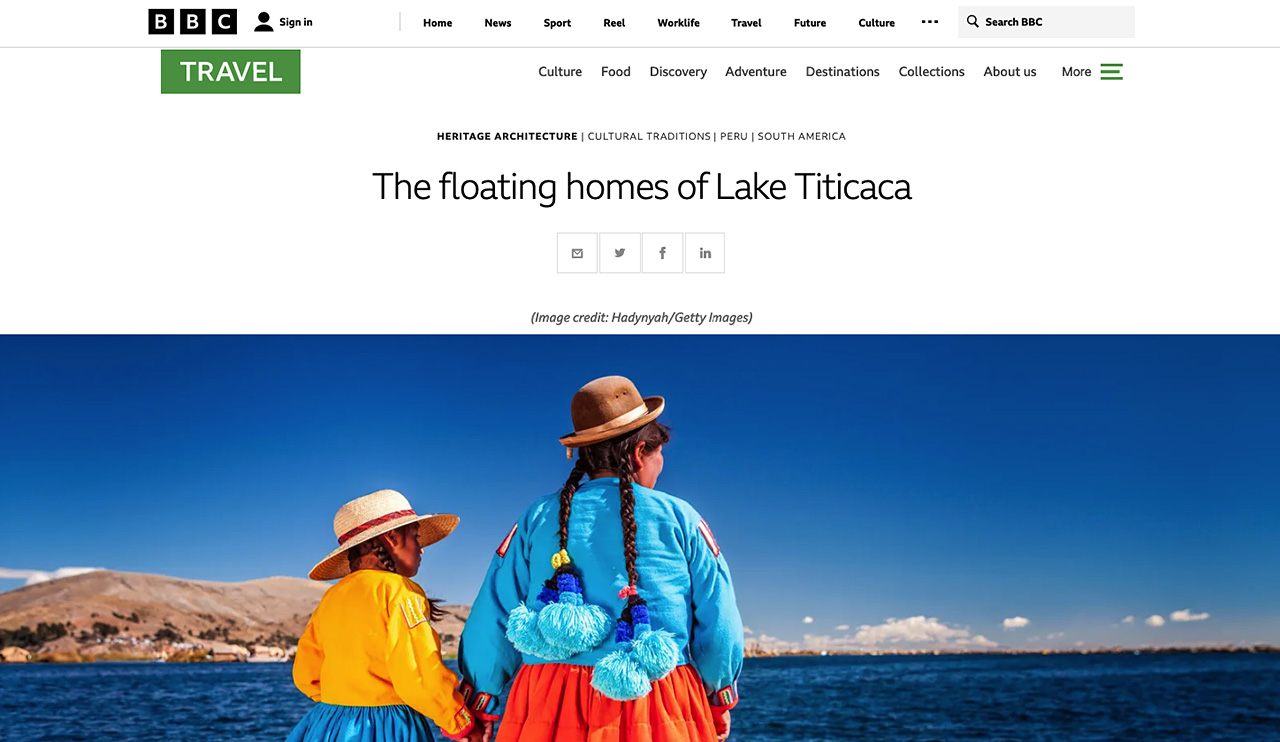 The floating homes of Lake Titicaca

By Stefano Montali15th August 2022
Created by the indigenous Uros people as protection against attacks from the Incas, the Uros Islands are one of the world’s most innovative feats of human engineering.

In 2011, Peruvian-American artist Grimanesa Amorós stepped off a boat made of totora reeds onto an island – also made of totora reeds – in the north-west portion of Lake Titicaca. The world’s highest navigable body of water sits about 3,810m above sea level in the Andes Mountains and is shared by Peru and Bolivia. It’s also home to one of the world’s most innovative feats of human engineering: the Uros Islands.

The man-made floating islets, which are home to the indigenous Uros people, are created by stacking layers upon layers of totora roots and reeds. This water-resistant plant grows in the lake and is the lifeblood of the Uros community: it is used to make boats, houses, roofs, mattresses and more. The plant is also eaten (playfully called the “lake banana”) and applied as medicine, and its flowers are used to make tea.

“There was something very haunting and appealing about this wide array of creation from a single material,” said Amorós, whose art often draws inspiration from Peruvian cultural legacies and communities.

However, the Uros weren’t always dependent on the totora – that adaptation was spurred from necessity. More than 500 years ago, the growing Inca Empire began to encroach on the Uros’ mainland villages. To combat this threat, the Uros began to build the islands, which could be launched deep into Titicaca, away from danger. Hundreds of years later, there are now about 120 of these constructed islands, with around 1,300 people living on them.