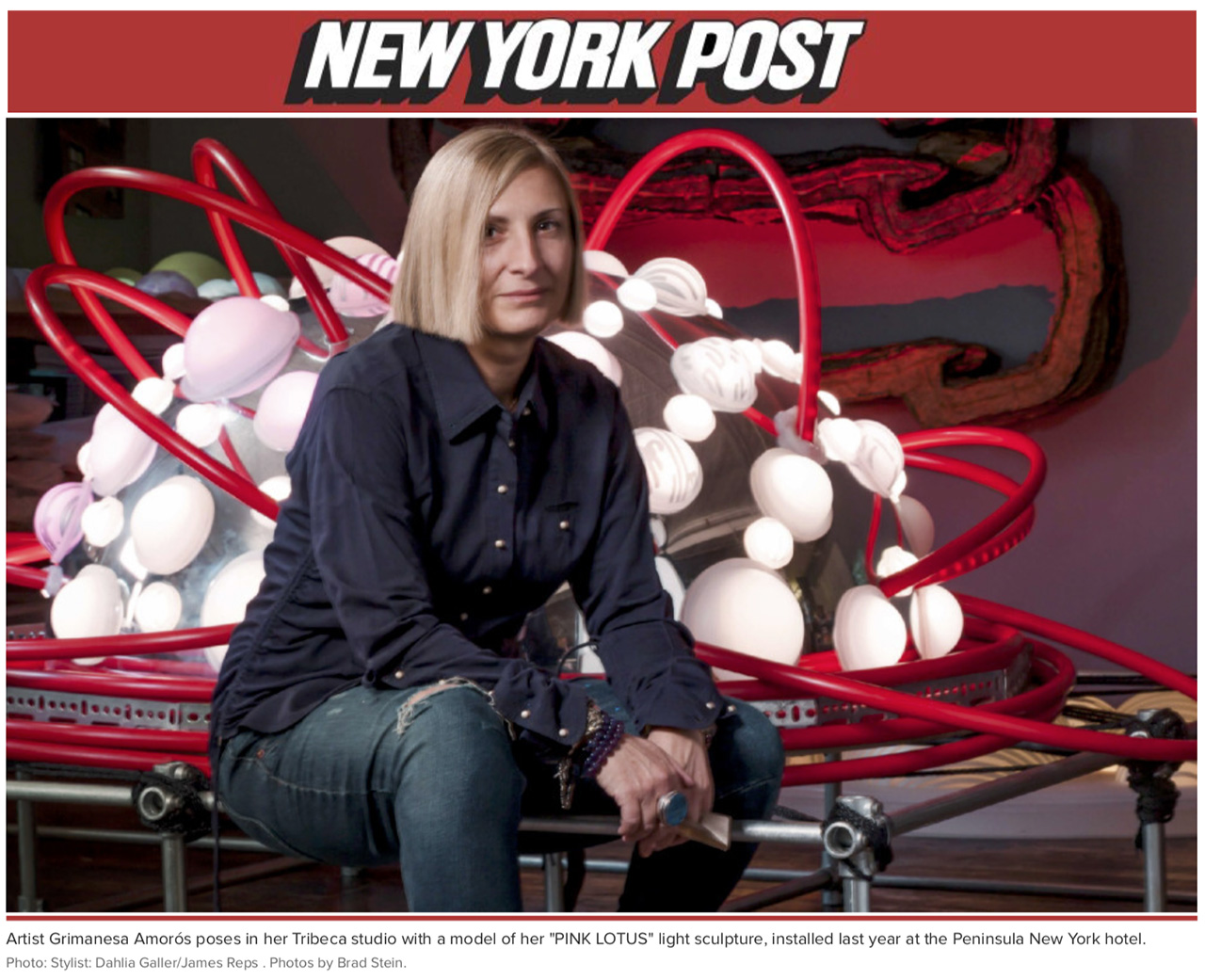 Grimanesa Amorós has always dreamed big. As a child in Lima, Peru, she spent hours drawing maps of the world, building sea-foam sculptures, and painting giant landscapes of the mountains, deserts and jungles that blanket her native country. The earth was her canvas; the sky, her limit

“I wanted a space that was totally separate, where I could create and still feel myself.”

She found such a haven in 1993, creating a workshop that resembles a kind of laboratory — scattered with plastic tubes and LED lights, maps and diagrams.

Her art has likewise expanded to include boldly colored paintings, paper sculptures and monumental light installations, frequently evocative of her homeland or inspired by nature.

Amorós is now busier than ever, creating her monumental 2015 piece “Golden Waters” — a tangled strand of undulating fluorescent tubes stretching 164 feet across the Scottsdale, Ariz., waterfront — based on the irrigation systems used by the region’s native Hohokam Indians. She’s also building a large-scale installation for the Grand Palais in Paris and working on pieces for Qatar and, once again, Times Square.

“Every new project is like a romance with the unknown,” she reflects. “We live in a time where we are so busy, there’s so much technology. I want people to just stop and think about the space we’re in, our place in the world, the beauty of engineering and nature. If I can capture someone’s attention for three or four seconds, then I know the piece is working.”

The sprawling living space is adorned with global art as well as her own work — including the tendrilled “ONKOCHISHIN,” which she created in 2014 for a fashion show with Japanese designer Akiko Elizabeth Maie.