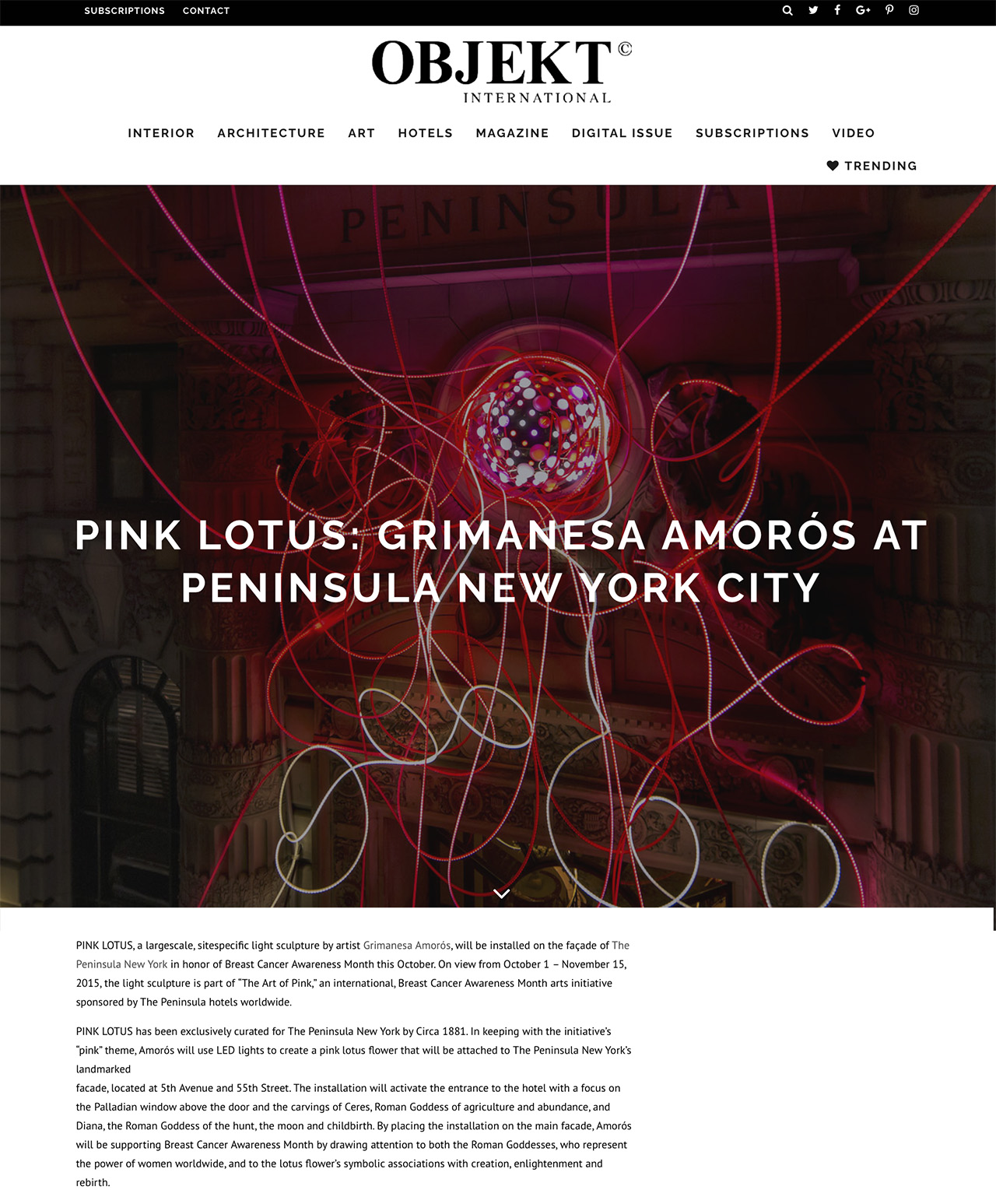 PINK LOTUS, a large­scale, site­specific light sculpture by artist Grimanesa Amorós, will be installed on the façade of The Peninsula New York in honor of Breast Cancer Awareness Month this October. On view from October 1 – November 15, 2015, the light sculpture is part of “The Art of Pink,” an international, Breast Cancer Awareness Month arts initiative sponsored by The Peninsula hotels worldwide.

PINK LOTUS has been exclusively curated for The Peninsula New York by Circa 1881. In keeping with the initiative’s “pink” theme, Amorós will use LED lights to create a pink lotus flower that will be attached to The Peninsula New York’s landmarked facade, located at 5th Avenue and 55th Street. The installation will activate the entrance to the hotel with a focus on the Palladian window above the door and the carvings of Ceres, Roman Goddess of agriculture and abundance, and Diana, the Roman Goddess of the hunt, the moon and childbirth. By placing the installation on the main facade, Amorós will be supporting Breast Cancer Awareness Month by drawing attention to both the Roman Goddesses, who represent the power of women worldwide, and to the lotus flower’s symbolic associations with creation, enlightenment and rebirth.